Following an amazing season where he hit .368 with 18 homers and 59 rbi, Miami Hurricanes infielder Yohandy Morales has capped it off with the announcement that he has made the final 26-man roster for the college national team! The final tryouts consisted of a five-game intrasquad series with many of college baseballs biggest stars. Team USA will now head to the Netherlands for the Honkbalweek Haarlem tournament which will feature The Netherlands, Italy, Japan, Chinese Taipei, Cuba, and Team USA. This is the 30th anniversary of the tournament, one where Team USA has clinched gold four times over five appearances. The last being in 2014. Yoyo and Team USA will face Japan in their first game at 8a ET on July 9th. All games will stream live at HonkbalSoftbal.tv. 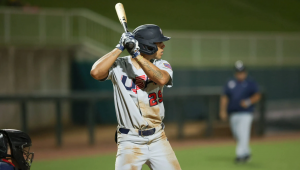