Behind the Episode -Chapter 32- the Canes Barber 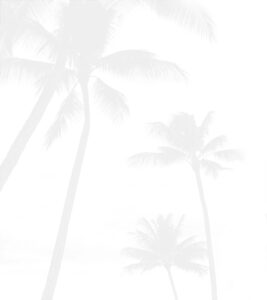 His name is Steven Rivera and he had quite a story to tell. The “Canes Barber” has gained quite an occult following to the tune the Miami Dolphins took notice.  The Dolphins newly constructed 135 million dollar facility has a barber shop. It was intrinsically designed with scissor hands in mind.

That was the impressive cog throughout the interview with Rivera who had a tough upbringing. His testimony of perseverance and hard work has put him in a rare position. The NFL is a cutthroat business but now it has one of the first ingenuity filled pioneers who are in the business of cutting hair. Rivera’s humility was also refreshing.

In all my years on the Orange Bowl Boys and after countless interviews, the one with the barber will always stick out. It invoked such a bone chilling emotion in my soul. Rivera recounted the story where a long time Miami Hurricane player didn’t show up for his customary first in chair hair cut. Rivera was concerned.

The meticulous detail at which Rivera described the living arrangements for the players and how he was able to enter through an adjacent room was savant-like. To Rivera’s dismay and horror a player was set to take his own life. “I took the knife away from him.”

The weight of performing in college football is immense in itself. Media outlets and social media are the pressure cooker and often times look for helpless prey to devour. We are all guilty of it. The quick outburst of emotion is so easily voiced behind the quick click of a button. It used to be simple rudderless yelling at a television screen now it is so much more. It can be scathing diatribes that are bathed in hurtful tone.

There are human beings underneath those helmets. They have emotions. They go through ups and downs and mental health awareness is not where it needs to be. Rivera recounted the transient broken nature of that unnamed player on the episode. A barber saved a life that day. He took the time to care, to notice. A human being was so distraught over a relationship ending a dire option seemed reasonable.

The anonymous was thankful that Rivera was there at the right moment. He was a young man hurting. So next time you yell, and you will, maybe remember the human being under that U helmet. He is someone’s son, friend, brother and you never fully know what someone is going through. Who ever really knows? Rivera is an artist at his craft and success is surrounding him but to me he is more than that. He is humble and he cares.