What’s up Canes fam, It’s Jason (twitter: J_Hud111) and I’m about to give you my 2022 Miami Hurricanes record prediction. This article isn’t going to be a deep dive game by game breakdown, this is just a quick hitter letting you guys know my personal feelings coming into 2022. Which teams make me nervous, the easy wins and the games I think we will lose. So without further adieu, let’s get into it!

The 2022 Miami Hurricanes team is obviously going to be coached better and way more prepared for gameday vs. the 2021 team. Tyler Van Dyke is a dark horse Heisman candidate and having those games under his belt last season is a giant plus going into the year. Our offense should put numbers up if we can stay healthy and find a WR1. The defense has added much needed depth via the transfer portal and I like having the first two games as tune up games for a new system. 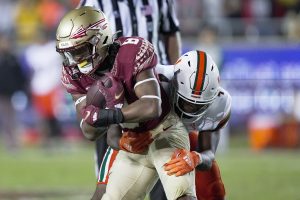 The For Sure Wins

Southern Miss – Don’t know if Miami will put up 63 like Bama did last year, but expect it to be ugly.

Duke – Duke might win one game all season and not the one vs. the Hurricanes.

FSU – We owe them for the 4th & 14 fluke (thank God for that btw) they come to HRS this year and it’ll be loud. It’s a rivalry which makes me nervous every single year but I think this one is different. Payback game. Miami by 17-ish? 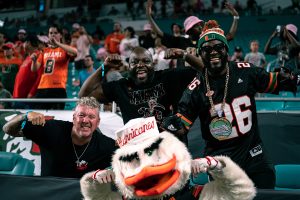 The Games that Make Me Nervous

Okay, I get it.. this is a new team, new staff, new culture etc.. etc.. Listen, I want to believe also but I’m not about to sit here and say Miami won’t struggle or lose a game they shouldn’t. Miami has been notorious for playing down to their competition for the past 20 years. Rome wasn’t built in a day, so I’m in prove it mode.

Virginia – Tony Elliot has never been a HC but he is a former Broyles award winner and Brennen Armstrong can sling it. They also have very good WR’s. This being an away game makes me nervous.

North Carolina – UNC has been a pain for years. Mack Brown is building something in Chapel Hill. Even though they lost Sam Howell to the NFL, this is not going to be an easy game when they come to HRS.

Pittsburgh – I get it, 2017 has people timid about Pitt and I’m one of them but the Panthers receiving preseason hype is for good reason. This is one of those games that Miami SHOULD win and more than likely will be favored to win, but a classic slip up isn’t too far fetched. 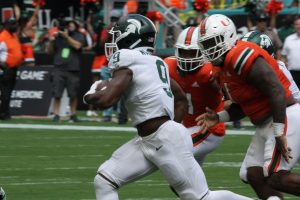 These are the games I believe Miami will lose, I’m sorry. I’ve been told I was too negative of a fan so many times for speaking out and saying “the Canes will lose _______ game”. I like to be as real as possible, is this team set up to go 11-1? It’s possible but not probable. It’s also possible that I could win the lottery tomorrow. It’s going to take Mario some time to completely flip the roster to exactly how he wants.

Texas A&M – I just do not see us as of right now going into College Station AT NIGHT and coming away with a win. Three things.. The crowd, the WR issues and the thin RB room. I think this game will be close but Miami doesn’t come away on top. 24-28 type game.

Clemson – Dabo has owned the Hurricanes with three straight dominate wins. Miami will be way better prepared for this game then in years past, but I still cannot see us going into Clemson in a potential night game atmosphere and coming away with a win. The series is tied at 6-6 by the way.

So with my final predictions I will say: 9-3. The Miami Hurricanes improve in coach Mario Cristobal’s first season. I simply cannot wait for this season to start.